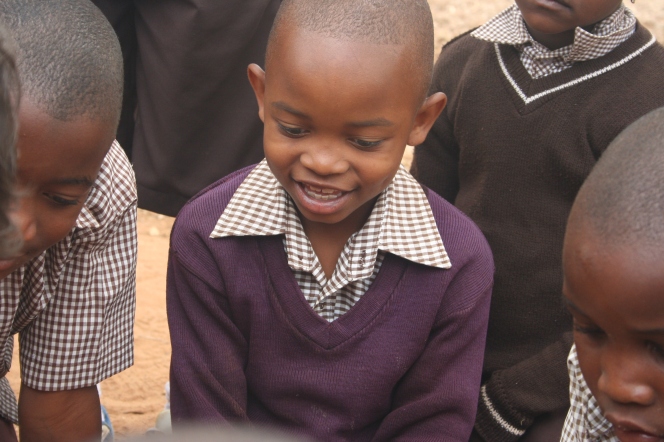 This is Abraham. He is in my Standard 2 reading class and is one smart little cookie. The other day at lunch he noticed the music tattoo on my left wrist and asked me to explain it. I told him it was two music symbols combined into one design, and that I’d explain more later when there was paper and pencil available. I figured that would be enough to satisfy him for the time being.

He ran off and brought back a stick. Looking up at me with those big, puppy-dog brown eyes he said, “Show me in the dirt.”

Wow! Who could refuse such a child?

So, down in the dirt I sat (dress and all) and we had our first lesson in how to read music. I showed him the music staff, treble and bass clef and how to find the G and F, respectively. Today he brought me another stick and a group of his friends. He wanted to know anything and everything about how to read music. By the end of lunch he could tell me the name of each clef, the name of the notes on each line and space in treble clef and which note would have a higher or lower pitch compared to another. The other kids didn’t do to shabby either, but Abraham was drinking in every drop of information like a dying man at an oasis…and asking for more. He is begging me to teach him how to play an instrument. Okay, hamna shida, no problema. Today I took the recorders to school. Alas, Abraham’s little hands are just too small to learn bassoon. 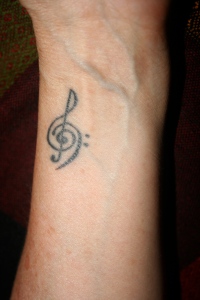 The tattoo that started a movement. 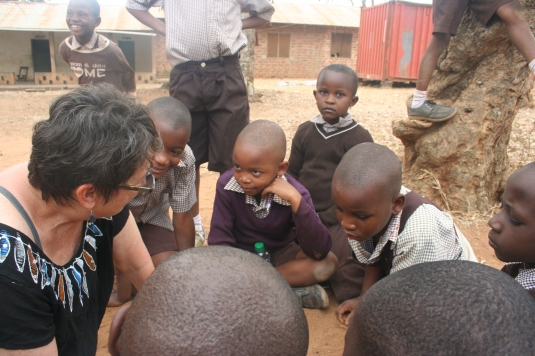 Check out the intensity in Abraham’s eyes as I answer his music questions. 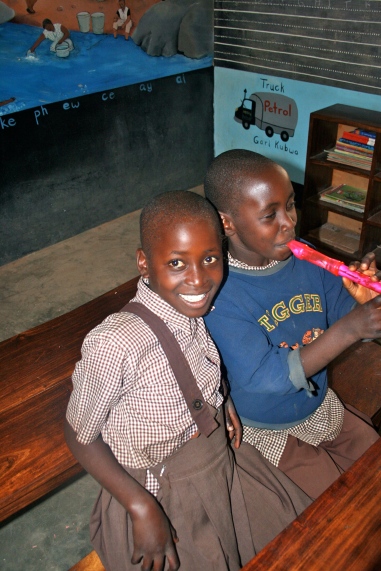 This was the first time Christina smiled in a very long time. What a precious smile!! 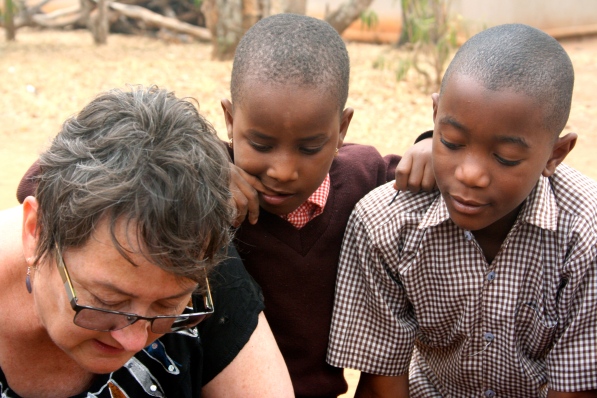 Nasla and Pasco are also enthralled. 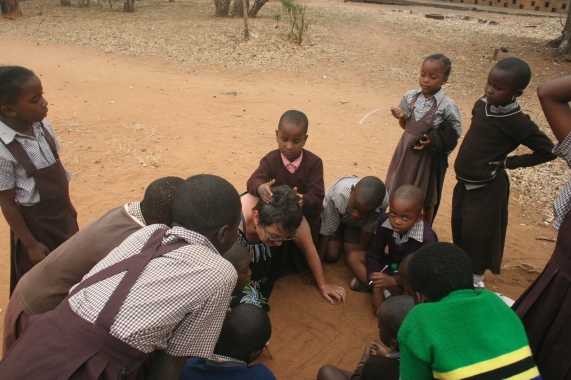 Why my hair looks gray.

7 thoughts on “Music In The Dirt”