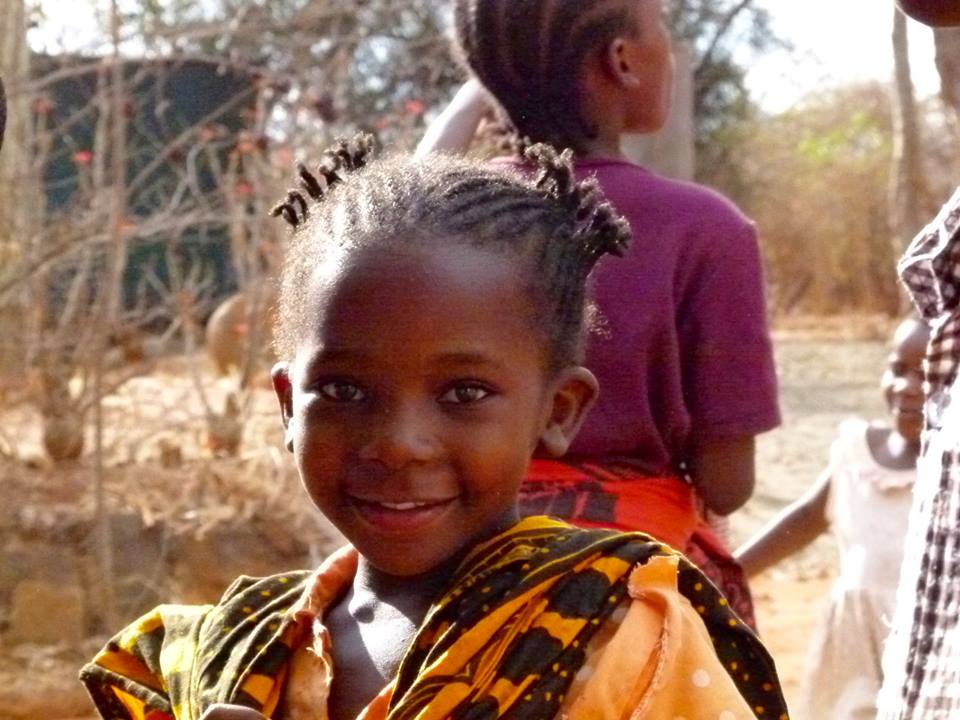 Our little Blandina a year or 2 ago.  Isn’t she just the cutest?  I love her hair.  Photo credit: Liz Clibourne.

On the 2nd day of our new school year, one of our little vimulimuli (fireflies), Blandina, was promoted from Std. 3 to Std. 5.  She just beamed! She was so proud of herself and so happy!  Blandina is a cute, brilliant, kind child with a strong yet tender, wise soul.  She is quiet but in no way shy; a true introvert.  She will look you right in the eye and say nothing while communicating volumes.  She knows who she is.  I have no doubt she went straight home after school and told her mother the good news with all the exuberance a girl of 9 or 10 years can muster.
Later that same evening, Blandina’s mother fell victim to senseless human violence.

The entire village, including school staff and her classmates, attended the funeral.  As soon as she saw her friends she wailed and screamed at the top of her lungs before collapsing in the arms of her best friend, Grace.  Her friends held her up, sat her down and just let her have at it.  They cried with her, even the boys.  Blandina chose to spend the better part of the funeral surrounded by her school family.  She sat in my lap tucked in fetal position, head covered with her kanga, and quietly sobbed.  Yet, she was able to accept the silent support of both staff and students.  When her father sent for her, to gather her for the viewing and burial, she just couldn’t look at her mom.  The, irrevocable finality of that first, hollow thud of earth as it hit that pine box caused her to threw her head back let loose a sound I didn’t know was possible for human vocal cords to produce.  I hope you never have to hear a child make that sound.  Never.  All the women of the family joined in – her sister, aunties, grandmother.  Hours later and into the next day we could still hear them from all the way across the villlage.

Hell of a way to start a new school year and my first solo week as director.  Makes unfinished classrooms, not enough furniture, no electricity or running water, a shortage of books, pit toilets and a M.I.A. teacher seem like a walk in the park.
Life isn’t fair and owes us nothing.  I don’t understand why someone like Blandina, a child born into a life fraught with hardship to begin with, has to have this Hell heaped upon her.  Some say what doesn’t kill us will make us stronger.  Looks to me that what doesn’t kill us will double its efforts and try again.  All I know for sure is the only answer God has given me in all this craziness is a solution, not an explanation.  That solution is education, education, education.  I am convinced education would have prevented this tragedy.
I’m beginning to understand that education is active prayer.

“Teacha.  Do you have to stand so close to take my picha?”  Photo credit: Janet Eschweiler.

“Teacha.  Seriously.  I’m going to mess her up if you don’t make her stop swiping my stuff.”

9 thoughts on “One Little Firefly”